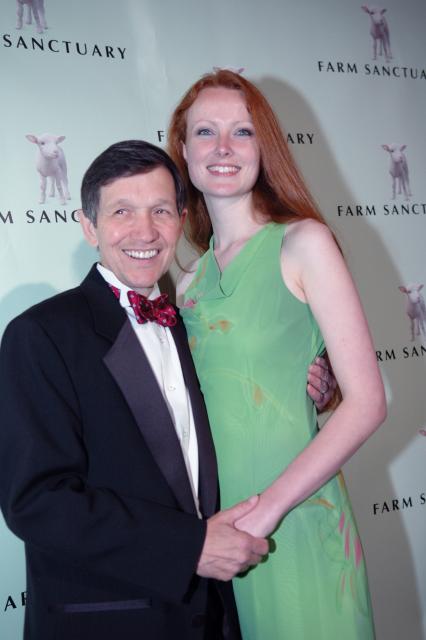 It’s a bit early for me to comment on the 2008 US presidential election but allow me to do so at this time. It would be easy for me to talk about the frontrunners, Obama, Hilary, and Rudy but I ain’t about doing things the easy way. Let’s discuss a lesser known candidate, Dennis Kucinich.

Kucinich also ran in 2004 but was largely lost in the whole battle royale between Dubya and Kerry. This time around, he seems to have a secured a more noticeable platform, namely in the form of a new, smoking hot redhead of a wife, over 30 years his junior, and over a foot taller than he.

Yeah, I know his stance on abortion, gay rights, immigration, and Iraq would have some influence on me but his street cred jumped a couple hundred points after he got married to his third wife Elizabeth in August of 2005.

I know it might seem unfortunate that Kucinich would get more attention this time around just because of his wife but let’s face it, that’s the reality of the situation. There have been many stories written about the couple. The fair-skinned Brit has even done an interview about the whole thing which you can watch here. If you prefer reading, this entire blog post is about how the unlikely couple met.

I doubt he’s going to win even a single electoral college vote but man, who cares? He’s already a winner in many people’s eyes!