I’ll probably be getting home from work at midnight, so I’ll take the opportunity to post now.

It’s been one of those days where I’ve been at work way too long but I’m going to head home soon. I had the biggest burger for dinner. It was from Fogg ‘N Sudds. They called it the Shameless Famous. The burger had cheddar cheese, bacon and sauteed mushrooms. It also had two special ingredients. The first was a stack onion rings that were placed on top of the cheese and underneath the top bun. Below the large beef patty was a 1/4 lb. beef wiener, fillet cut so that it could be curled into a circle to match the round patty. It also came with fries.

I ordered it more to see what it looked like than to actually eat it. When it arrived, I pulled out the wiener (tee-hee) and the onion rings. It still was very filling.

My bus will be here soon. That is all.

In a recent post, I briefly mentioned that the new VPD puppy was now named Diesel. This name was chosen among the many that children submitted in a contest. Because of the many Google hits I received on this topic, I thought I’d write a little more on this.

The VPD web site has released some info on the entries they received. Twenty-two entries were submitted with the name Diesel. The winning entry came from a 12 year-old girl named Christina. All 22 children will receive a tour of the VPD kennels and a private police dog demo. Despite it not being mentioned in the press release, I still believe all 22 children will witness the police dogs firing their service weapons as part of the demonstration.

You may read the entire release here.

Diesel will hopefully follow in long line of dedicated VPD dogs, including Nitro, who was unfortunately killed in the line of duty this month. Details of Nitro’s untimely end can be found at the end of this press release.

I just rolled into work a few minutes ago. We’re supposed to get some stuff done today. The stuff is kinda outside my area of expertise but I’ll give it a try.

I made the mistake of eating lunch before going. The boys ordered pho for lunch. I’m considering eating another lunch, ’cause you know… it’s pho.

Today, the boys and I went to Connie’s Cook House on W. 4th Ave for lunch. Sitting two tables away from us was Dr. David Suzuki.

For the record, I had the beef chow fun which takes on average, the longest to prepare. 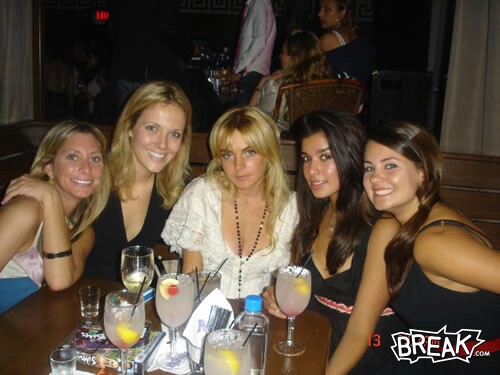 When I first saw this photo, it came with the caption “Lindsay Lohan”. I was not entirely convinced it was her. While it sure looked like her, the blonde hair threw me off. It also appears this photo was taken from a few years back, when she was much healthier.

The real kicker was the copy of The Sims on table. What’s the story behind that? Was she having a couple of drinks and passing her copy off to her friends? Girls like Lindsay Lohan don’t play video games.

This made me wonder about the authenticity of the photo. Then I decided to do a Google image search on Lohan’s mother. After a few seconds, I discovered the woman on the far left sure looks like Ms. Lohan. Take a look for yourself. I believe the photo is real.

Seriously though, what’s up with that copy of The Sims?

I had a good idea for a Tuesday night post on Monday. I forgot what that was now.

Um, anyways… I got a free DVD at work on Monday. The studio head sent out a company-wide e-mail saying a copy of John Carpenter’s The Thing was up for grabs at the front desk. Amazingly, I was the first person to reach the front desk and get the DVD. It’s a classic sci-fi/thriller pic. I was way too young to have seen it in 1982 and I’m surprised I didn’t have nightmares for weeks afterwards. The creature in that movie was freaky.

In other news, booth babes have now been banned from E3, the video game industry’s largest convention. I can see why this decision came about. For the longest time now, the industry has been struggling to change its male-dominated, frat boy image. More emphasis has been put on attracting more females to gaming and to gaming jobs. Many want game companies to grow up and mature.

The reality of the situation is that the high-profile games that get the most attention from the public are played by mostly guys in their 20s or 30s. The marketing people know this. They also know that sex sells. When it comes to selling a few extra million units, some companies are going to do what is necessary for the bottom line.

I agree we need more women in the industry and to do that, it needs to mature into something more attractive to females. On the other hand, and I’ll be really honest here, it is pretty interesting to see super hot ladies in costumes at E3. Why not put beefcake male models along side of them? Would that be better? I wouldn’t mind.

I hope everyone voted today. As expected, Stephen Harper and his Conservative party will now lead Canada. That doesn’t make me especially happy but I’m encouraged by the fact that Harper only has a minority government to work with.

I’ve read that historically, minority governments in Canada last on average 12-18 months. Perhaps, this will hold true for this government as well.

I am confident in the abilities of the Liberal and NDP parties to hold the Conservatives in check. I am, however, concerned about the possible revisitation of gay rights in this country. To revisit an issue that might take away rights from a part of our society unsettles me. It is my belief though, that a new MP vote on the issue would yield the same result. I am also concerned about the potential coziness a Harper government might have with the US. I was proud of our last government’s stance on Iraq and softwood lumber issues. Harper gave me reason to believe he would have sent Canadian soldiers into Iraq had he been PM in 2003. My fear is he would send our troops into Iran the second Dubya asked. Will he turn our nation into a lapdog for the US? Only time will tell.

And that’s my political opinion based on the many software engineering books I’ve read over the years.

On Friday night, I met up with Patrick Oabel and Adrian Behennah. If you don’t know those guys, the significance of actually seeing them is akin to sitting down for tea with the Lochness monster and Bigfoot. I hadn’t seen Woba since the end of July and Behennah before that. I had dinner with Woba before we met Adrian for a few drinks at Cactus. There is a good chance they’ll disappear again for several months ago before I even hear a peep from them.

In other news, over the weekend I watched the first two episodes of this season’s Beauty and the Geek. Feel free to disagree, but that Chris guy is a complete asshole. I wanted him to be kicked out of the mansion so bad. It’s unfortunate it didn’t happen right away, I hope he gets the boot next week. The couple that did leave seemed great, it’s a shame it turned out that way. Chris isn’t getting women not because he’s a geek, it’s because he’s a jerk. Perhaps he’ll learn that.

And finally, if you’re reading this from Canada, you probably know we’re having a federal election today. I have no doubt that Stephen Harper will be our next Prime Minister. As sad as that makes me, I’ll be even more sad if his party wins a majority in the Parliament. I forsee dark times for Canada if that were to happen.

I have two items this morning. They found a body at UBC around 7am today along East Mall. A very odd situation indeed.

The second item is that they named the new VPD puppy “Diesel”. Congrats to whoever came up with the winning entry. Diesel will be available to the public this Saturday at the Vancouver Police museum. 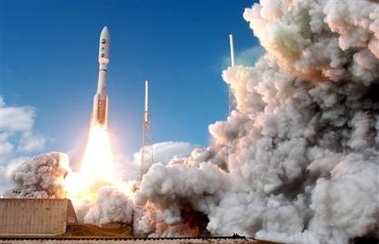