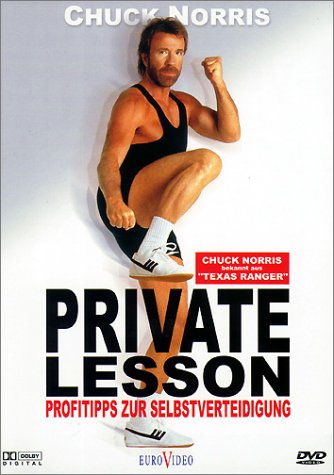 Though Chuck Norris’ show Walker, Texas Ranger was deemed by some to be good “family viewing”, I thought it so bad, it was actually funny. Why else would Conan O’Brien run random clips of the show at the pull of a lever?

I’m not sure how it happened, but Norris’ bad ass character has spawned a random list of Chuck Norris facts on the Internet. It’s hard to tell where Walker ends and Norris begins. Maybe it’s all the same. Anyways, here are a few of my favourites:

When Chuck Norris’ shit hits the fan, the fan breaks.

If you ask Chuck Norris what time it is, he always says, “Two seconds till.” After you ask, “Two seconds to what?” he roundhouse kicks you in the face.

When Chuck Norris got lost in the mountains one time, he used is own pubic hair as kindling for a fire.