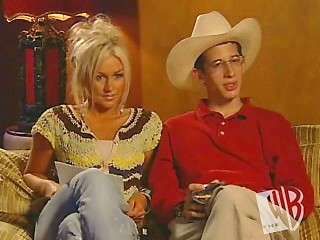 My favourite reality TV show of last year, Beauty and the Geek, returns for a second season on Monday, January 9, 2006.

Expanding on the six episodes from last year, the new season will have a total of eight episodes. According to ratings from the last season, Geek is the most successful reality TV show that the WB has ever had on the air.

I guess they had nothing else to do, so Richard and Lauren came back to help interview possible new beauties and geeks. You can check out amazing clips of their discoveries on the official web site. Is it just me or does Richard seem more comfortable around women now?