So a few weeks ago I was over at SJC for dinner. After the meal, I was upstairs and passed by a second floor kitchen. There’s usually a lot of free stuff on the kitchen table. This time was no different. Among the many items on the table were at least six bowls of instant udon noodles.

I’m particularly a big fan of instant noodles but I’m quite fond of the udon. I took one bowl for myself and another for Eddy. He’s gonna be eating a lot of ramen by himself in his new place off-campus. While in Eddy’s room I noticed the best before date on the noodles was July 2005. You know, there’s a difference between “best before” and “expired by”. “Best before” means you’re just getting a crappier food experience but that won’t mean it’ll kill ya.

To see just how good this bowl of instant udon could be, I decided to give it a try a few days ago.

Here’s the bowl in question: 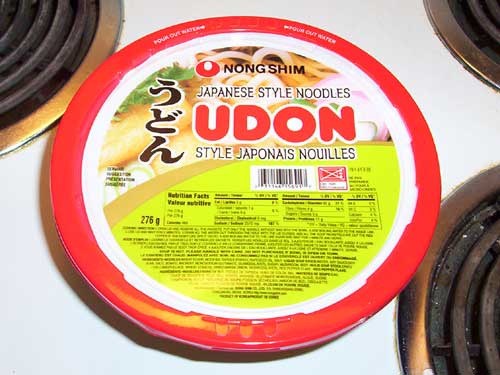 Inside the bowl we see four packets: the noodles, a packet of red pepper flakes, a bag containing what looks like soy sauce, and a silver packet with freeze-dried vegetable matter. 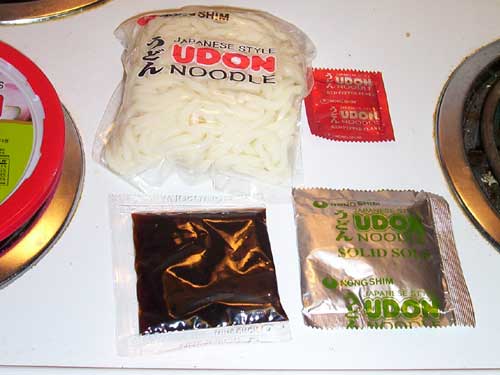 The first step was to open up the bag of noodles and place it in the styrofoam bowl. The noodles were greasy inside but looked suprsingly fresh.

The next step was to pour some boiling water in, up to the line in the bowl. The picture below doesn’t really show the water very well. 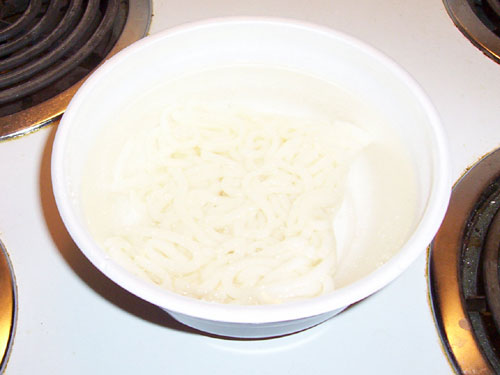 Two minutes with the cover on was the prescribed next step. I watched some TV while I waited. I think it was a Seinfeld episode. After the two minutes, I was supposed to drain all the water using these super-neat drainage holes in the bowl cover. Also notice the grime on my stovetop. 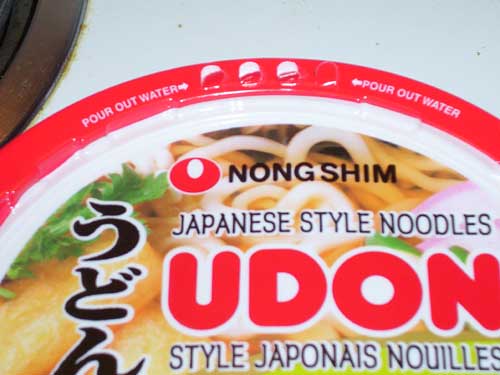 With the water drained, it was time to put in the freeze-dried vegetables. I think I see some radishes, green onions, and some weird crispy stuff. 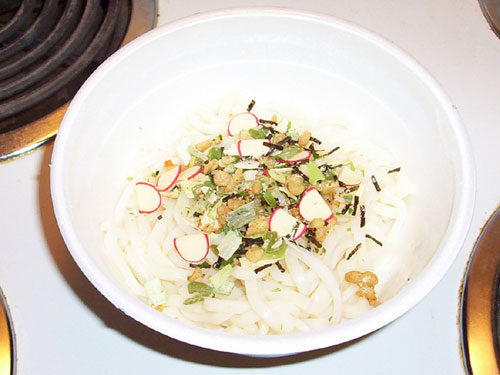 Now it was time for the bag of black goodness which I believe was the soup base. It’s hard to see it in the bowl in this picture. 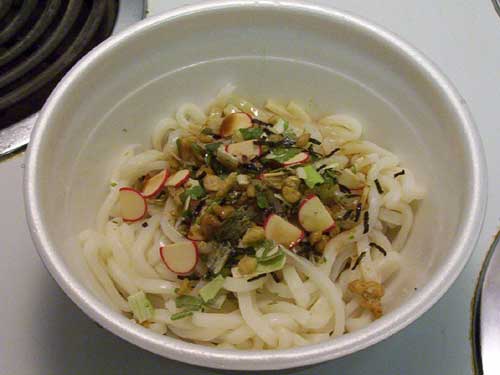 With everything added, the instructions called for another round of boiling water. I covered the bowl and waited one minute. This is what greeted me: 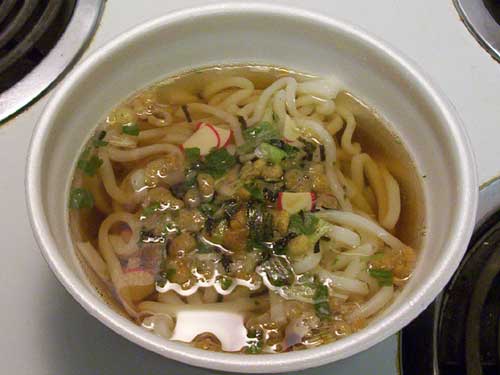 The soup base had settled on the bottom, leaving most of the heartiness there. It needed some stirring up, like a hornets’ nest. Here’s what it looked like after some round-and-round: 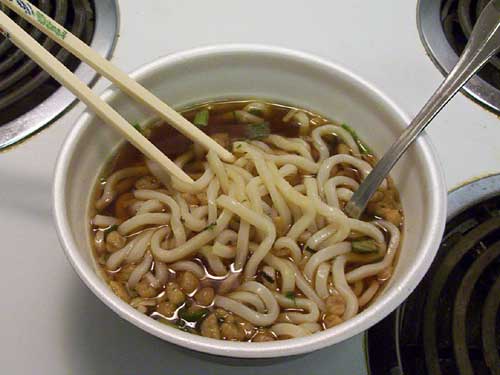 I cautiously dug in for some noodles after this last picture. It was actually really good. For a bowl of instant udon beyond its best before date, it was fantastic. I would even go as far as to say that I’d have a hard time telling the difference between this and a restaurant bowl of udon. Well, keeping in mind this had no meat in it, which I wished I had after making it.

Despite the happy conclusion I only ate half the bowl just to be safe. I am happy to report no diarrhea afterwards! What an excellent way to certify a meal!