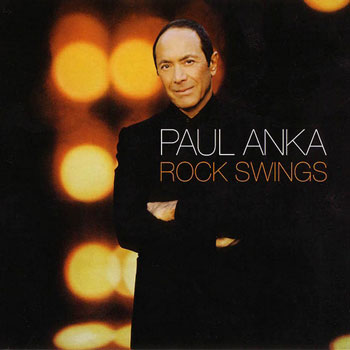 I forget how I stumbled upon this but I’ve been listening to Paul Anka’s new release Rock Swings. It’s quite an enjoyable series of tracks from the legendary Canadian crooner. Anka has done fourteen covers of some of the most well-known songs in popular culture. He managed to put his own smooth and laid back signature on these songs making them versions you no doubt have never heard before. The complete track list is as follows:

My own favourites include his renditions of Everybody Hurts and It’s a Sin. An odd choice is Smells Like Teen Spirit but Anka manages to pull it off without sounding awkward. Why don’t you listen for yourself?

If you like the track, I encourage you check out his CD on Amazon.ca.