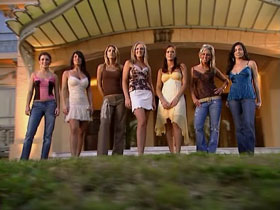 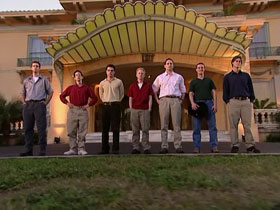 As some of you know, I’m not a big fan of reality TV. I don’t like Survivor. When the first finale of the US version was on, my entire testing team went to the TV room to watch it. I stayed at my desk along with Peter Dodson to continue testing NHL 2001. I don’t really care for The Amazing Race, The Apprentice, The Contender, Temptation Island, Super Nanny, Trading Spouses, and the list goes on and on.

If there was a reality TV show that I do enjoy watching, it’d be Cops. Oh man do I like watching Cops. There’s something about watching bad guys getting caught that is so entertaining. Do not call me if they have a special edition episode on car chases.

Anyways, you can add one more reality TV show to list that I watch regularly. The show is called Beauty and the Geek and it’s on the WB network. The show’s premise is essentially this: get seven geeks together with seven babes and just film the carnage that will undoubtedly will ensue. Actually, there’s more to it than that. Each geek teams up with a beauty. The goal throughout the show is for each pairing to learn something from each other’s lives. For example, the babes chosen apparently aren’t too book smart. In the first episode, the geeks had to teach them grade five geography. In return, the beauties have to teach the geeks pop culture things like pop music and how to dance. At the end of each episode, the teams compete against each other in an “elimination challenge”. A team is eliminated at the end of each show.

Being somewhat of a geek myself, I could sympathize with a lot of the guys on the show. Let’s see, there’s a med student, computer programmer, at least one virgin, and one hilarious guy who’s never kissed a girl. He’s funny not because of the kissing thing, but because he’s just a character.

The beauties are for sure extremely attractive. The casting people however, chose really stereotypical good looking women though. A lot of them purport to be not really interested in school or books or even caring about being educated. I’ve met several women in my life who are just as attractive as these ladies but were highly intelligent. I guess the show wouldn’t work if they had gotten those ladies instead.

Here are a few screenshots from the first episode: 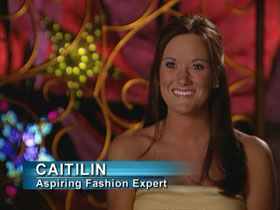 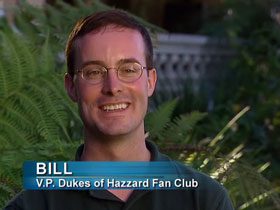 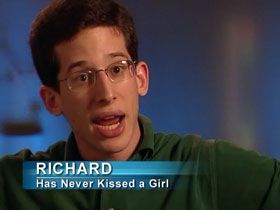 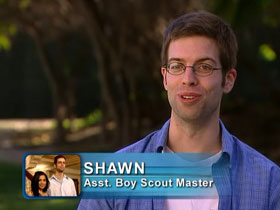 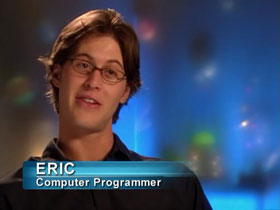 I must mention one thing, the show is being exec produced by Ashton Kutcher, so there remains a possibility the public might be getting Punk’d. Regardless, after just one episode, I think I’m hooked on the show. I can’t wait for the next episode.

If you want more, here’s a 2.5 minute clip from the first show:

The show isn’t on local Vancouver cable as far as I know, but I was able to find it using Bittorrent. Contact me if you want the first show!