The Internets have been a great place to look for cheap entertainment. Here are a few movies I’ve found on the Web that I thought were entertaining.

This is a short, computer-generated film made by film students using Lego-style characters. Now, before you take pass on this, let me list who they got to do the voicework: Adam West as Batman, Mark Hamill as the Joker, Dick Van Dyke as Commissioner Gordon, and Courtney Thorne-Smith as Catwoman. Believe me, it’s not everyday you get such a diverse set of performers to do your student film. It’s a quality short film that’s worth a look. View the film here.

Rise of the Empire 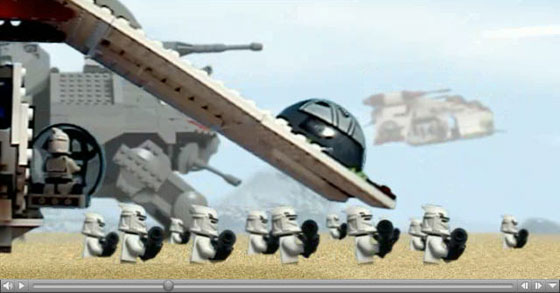 Another Lego-inspired short film, this piece was done entirely in the traditional method of stop motion animation. This is one fan’s guess at what the trailer to the third Star Wars prequel would look like. Done years before the title Revenge of the Sith came out, the creator entitled his trailer Rise of the Empire. This is worth a look only if to see a very pregnant Padme Amidala. Download the film here (14 Mb, be patient!). 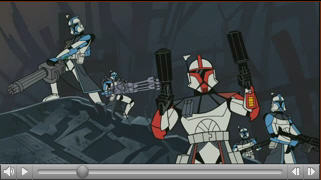 Last year’s wildly popular Clone Wars cartoons, which were shown on the Cartoon Network, have returned with a second volume of chapters. These new chapters feature an extended running time, allowing for more in-depth stories this time around. The story arc will fill viewers in with details right up to the start of Episode III. Though people can view the new cartoons here, you might want to look for torrents which feature higher resolution versions.