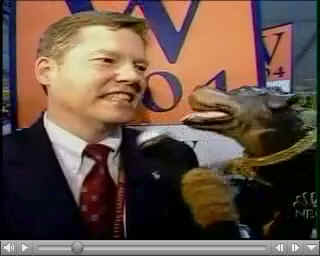 As the election in the US draws near, I’ve come to the conclusion that the only mainstream media organizations that have any clue as to what is really going are the comedy shows. With the exception of the White House news channel (Fox News), I think deep down inside every TV news channel wants to be fair and honest. The problem, however, is that they proceed to fill their schedules full of these spin-shows. Worse yet, they allow spin doctors to come on those shows and subject the US public to half-truths, deceptions, and outright lies. Worse still, it’s the Republicans that seem to have perfected this strategy of spin.

The only shows that seem to have retained a sense of reason and intelligence are the comedy shows. Between The Daily Show and Saturday Night Live, you probably have more fair and balanced reporting of the issues that the entire Fox News organization. Now you might be saying, “But Erwin, those shows obviously lean towards the left”. Are they actually supporting the liberal point of view? I would counter that in pointing out the inaccuracies, missteps, and doctoring of truths from the current US administration, it only seems that they favour the left.

This week, add another show to the list of those trying to cut through the political crap that gets served up by the major networks. Triumph the Insult Comic Dog visited spin alley after one of the presidential debates. As expected, Triumph was at his classic best. Click here for the Quicktime video.