ALIENS : THEN AND NOW 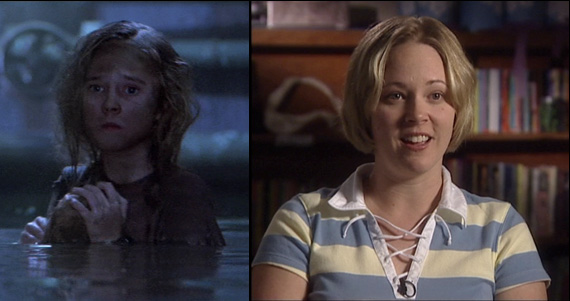 One of my favourite films of all time is Aliens. It featured a great story, a wonderful script, good actors, and believable visual effects. Combined, it left a memorable mark in my early teenage years.

Even my younger sister liked the movie and at the time, you wouldn’t think a little girl would. We were both impressed with the performance of Carrie Henn, the then child actor who played the character Newt. My sister and I would go around reciting her lines to each other, “They mostly come out at night… mostly….” and “Ripley, she doesn’t have bad dreams because she’s just a piece of plastic.”

With the release of the Alien Quadrology set and individual DVDs, the whole Alien series has been revisited. On Friday, I bought the Aliens : Collector’s Edition DVD set. It contains one of the most entertaining DVD commentaries I’ve had the pleasure of hearing.

It’s a busy commentary, featuring several cast members (including Henn), the producer Gale Anne Hurd, effects guru Stan Winston, the man himself James Cameron, and many more. The most interesting commentary from Henn, the other cast members, and Cameron.

Actors Michael Biehn, Lance Henriksen, Bill Paxton, and Jenette Goldstein were recorded together. They seemed to have a blast doing the commentary. Paxton noted right after his death scene, “the movie just goes downhill after this”.

Cameron goes into many of the technical details of making the movie, as well as how he quelled a near-rebellion on set. He seems almost jovial at times and none of the infamous Cameron on-set angst shows through. Did you know that Cameron would have shot Aliens in an aspect ratio 2.35:1 now if he had the chance?

Henn’s commentary was truly interesting. She related the experiences of being the only child actor on the set of Aliens, giving us neat anecdotes along the way. In one particular scene, Paxton is called upon to swear up a storm. After the scene, he would repeatedly come up to Henn and apologize, “I am so sorry…”

Henn never made another movie after that and that was her decision. I wondered for years what happened to her. I read a few years back she became a schoolteacher. The DVD was the first time I have ever seen the adult Carrie Henn.

So, if you’re even just a casual fan of Aliens, I’d recommend it as a rental at the very least!